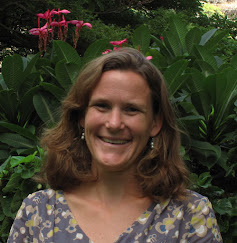 Kim Andrews - 2012, 1-year appointment.  Kim developed microsatellite markers for Haloptilus longicornis and Pleuromamma xiphias, and completed a very nice study on genetic structure across ocean gyres in H. longicornis.  She completed a Marie Curie Incoming International Fellowship in the U.K., a postdoc at the University of Idaho, and is now a research scientist at the NOAA PMEL lab in Seattle.

Kate Hanson - 2013-2015.  Kate worked on naupliar ecology at our coastal study site in Kaneohe Bay, Oahu.  Specifically, she expanded our qPCR-based approach to tracking naupliar abundances in environmental samples, in order to study the population dynamics of the dominant copepod species.

Carolyn Faithfull-Mathisen - 2014-2016.  Carolyn was funded by the Swedish Research Council for a 2-year postdoc working on copepod naupliar trophic ecology.  Carolyn is interested in food web interactions in pelagic ecosystems and how the balance of algal to bacterial food for zooplankton affects zooplankton growth and food web efficiency.  She is now a scientist with Landtinget Gavleborg, Sweden, and is working on the importance of terrestrial organic matter to marine food webs in the Baltic Sea.

Matt Iacchei - 2015-2017.  Matt worked on population genomics, as well as temporal genetic studies of marine zooplankton populations.  He was funded by an NSF Ocean Sciences postdoctoral fellowship, and is now an Assistant Professor at Hawaii Pacific University.

Olivier Laroche - 2018-2019. Oli collaborated with us on the DeepCCZ project. With support from Pew Charitable Trusts, he used eDNA surveys to assess biodiversity in the Clarion Clipperton Fracture Zone (abyssal Pacific),  in the context of deep sea mining.  He is now a postdoctoral scholar at the Institute of Marine Research, in Tromso Norway.

Emily Norton - MS 2013, Oceanography.  Emily worked on spatial genetic patterns in the mesopelagic copepod Haloptilus longicornis.  She conducted both empirical and modeling studies on dispersal and connectivity among populations in this species.  She is now a research scientist/modeler at JISAO at the University of Washington.

​Michelle Jungbluth - MS 2013, PhD 2016, Oceanography.  Michelle's dissertation research focused on the role of copepod nauplii in marine pelagic food webs.  Her masters work focused on development of a novel qPCR-based method to enumerate nauplii in mixed field samples. During the PhD, she applied this new method in a range of studies investigating the trophic ecology of nauplii, and their population responses to environmental perturbations in the coastal zone (e.g., storms).  She is now a Delta Science Postdoctoral Fellow with Wim Kimmerer at SFSU.

Lauren Van Woudenburg - MS 2016, Marine Biology.   Lauren conducted a very cutting-edge population genomic study on the planktonic copepod Pleuromamma xiphias, in order to investigate adaptation to distinct ocean habitats across the distributional range of the species.  She is now an instructor at UNC Wilmington.

Elan Portner - 2011 - 2013.  Did everything !  Has now completed a PhD in Biology at Stanford, and is a postdoc at Southwest Fisheries Science Center (NOAA) in San Diego.

Erica Goetze - I am an Associate Professor in the Department of Oceanography at the University of Hawaii at Manoa.  I am a zooplankton ecologist, and have broad interests in the ecology, evolution and genomics of planktonic organisms.  You can find a bit of an overview of my research and teaching interests here, and a list of publications here.

Reilly Merlo - Is an undergraduate honors student in Biology, working with us on meiofunal assemblages of the western CCZ.  The overarching goal is to distinguish the living from the dead in eDNA biodiversity surveys in the abyssal ocean, and understand trends in diversity between extant and historical faunal assemblages. 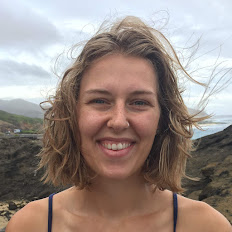 WE ARE RECRUITING ! - We are looking for talented new students to join the Goetze lab working towards either a Ms or PhD.   A MS/PhD research assistantship is available to support research in deep pelagic ecosystems of the eastern tropical Pacific.

Application deadlines are coming up soon - in Jan 2020 for the Oceanography graduate program. Interested students are encouraged to contact Erica Goetze (egoetze@hawaii.edu), including a brief description of your scientific interests and motivation for pursuing graduate studies (include a CV). 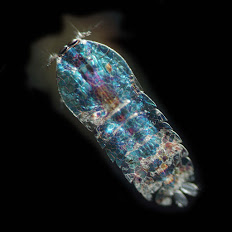 Gabby Stedman - Is working on demersal zooplankton in the abyssal Pacific, in the context of the DeepCCZ project in the western Clarion Clipperton Fracture Zone (CCZ).  Nearly nothing is known regarding larval assemblages in the benthic boundary layer (BBL) above abyssal plain habitats of the Pacific Ocean, and she aims to fill that gap in knowledge.