This research will test whether habitat depth specialization is a primary trait driving large-scale population genetic structure in open ocean zooplankton species.  Very little is known currently about population connectivity in marine zooplankton.  Although zooplankton were long thought to be ‘high gene flow’ systems with little genetic differentiation among populations, recent observations have challenged this view.  In fact, zooplankton species may be genetically subdivided at macrogeographic, regional, or even smaller spatial scales.  Recent studies also indicate that subtle, species-specific ecological factors play an important role in controlling gene flow among plankton populations.   We hypothesize that depth-related habitat, including diel vertical migration (DVM) behavior, plays a critical role in controlling dispersal of plankton among ocean regions, through interactions with ocean circulation and bathymetry.

We propose to conduct a comparative study of the population genetic structures of eight planktonic copepods that utilize strikingly different depth-related habitats, in order to test key predictions of genetic structure based on the interaction of organismal depth with the oceanographic environment.  The objectives of the research are to (1) Develop novel nuclear markers that can be used to resolve genetic structure and estimate gene flow among copepod populations, (2) Characterize the spatial patterns of gene flow among populations in distinct ocean regions of the Atlantic, Pacific, and Indian Oceans for eight target species using a multilocus approach, and 3) Test our central hypothesis that depth-related habitat will significantly impact the extent of genetic structure both across and within ocean basins, the magnitude and direction of gene flow among populations, and in the timing of major slitting events within species.  Drawing on genomic resources (cDNA libraries) recently developed by the PI, we will develop five (or more) polymorphic nuclear markers for each species.  These new markers will be used, in combination with the mitochondrial gene cytochrome oxidase I, to characterize the population genetic structure of each species throughout its global distribution using graph theoretic and coalescent analytical techniques.  Gene flow among populations and the timing of major splitting events will be estimated under a coalescent model (IMa), and empirical support for our hypothesis of depth-related trends in population structure will be assessed using graph theoretic congruence tests.  Because the depth specialization and diel vertical migration behaviors of our target species are representative of distinct zooplankton species groups, the results of this study will have broad implications for understanding and predicting the genetic structure of these important grazers in pelagic ecosystems.

Broader impacts will include mentoring two graduate students and up to six undergraduate students, research training for three high school science teachers, broad dissemination of research results, and contributions to society through better understanding of the genetic structure of the dominant secondary producers of the global ocean.  Four students from underrepresented groups have been engaged in the research in the past year, including one Masters student currently working on nuclear marker development.  The PI will continue to provide research training for underrepresented students, including native Hawaiians and Pacific Islanders, though this research program.

Training and mentoring supported on this project: 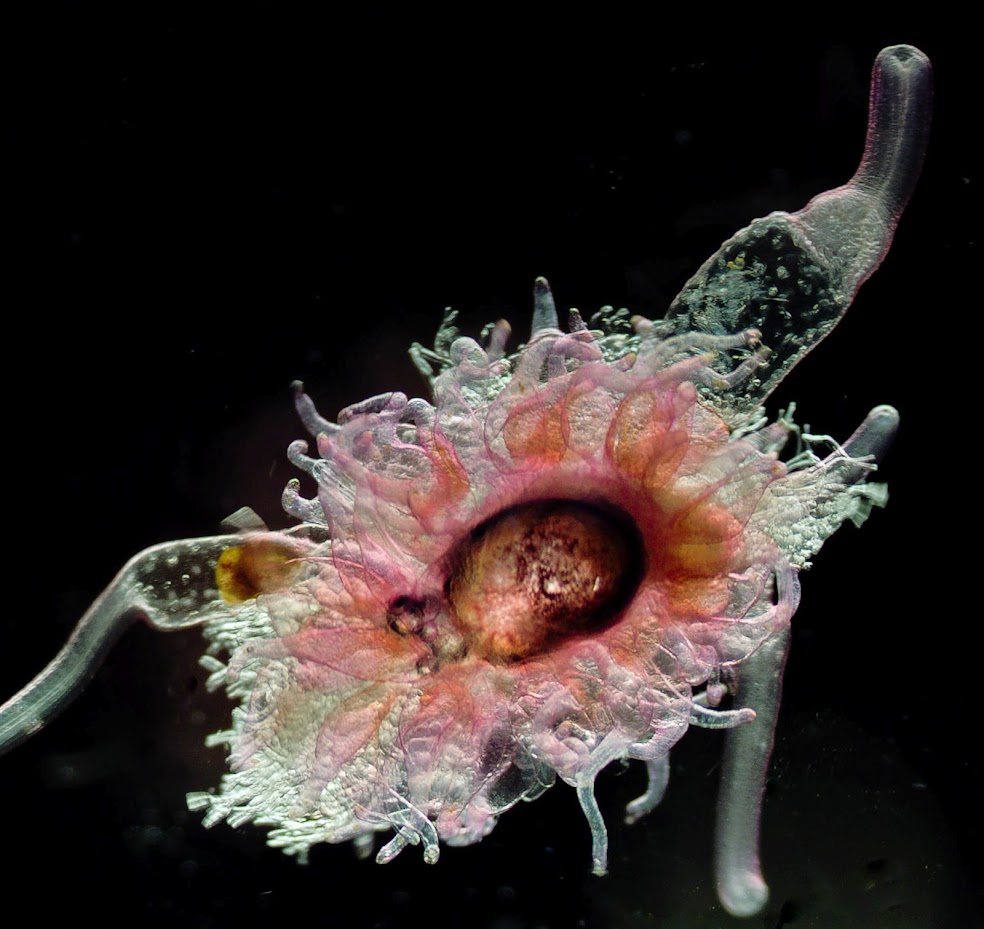